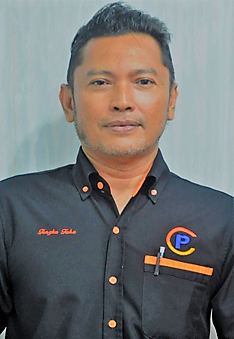 Y.M. Tengku Dato’ Taha was appointed as the Executive Director of Corporate Affairs & Marketing in Suasa Efektif (M) Sdn Bhd on 2nd May 2006. Tengku Dato’ graduated from the University of Greenwich, London in 1993. He holds a Degree in Computing Science, Majoring in Software Engineering and Database Design.

Upon his return to the country, his first attachment was with Cempaka Finance Sdn Bhd as an IT Executive in 1994 and was subsequently promoted to IT Manager between 1996 to 1997. From there, he formed his own IT Company, Intan System Resources Management Sdn Bhd (ISDR), where he became the Project Director from 1998 to 2004. He was also appointed as a Director of ERM (M) Sdn Bhd and SAS ELTEL Sdn Bhd in 1998 to date.