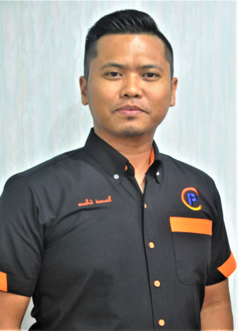 En. Mohd Ismail Masri holds a Master’s Degree in Business Administration from Universiti Utara Malaysia in 2009 and a Bachelor Degree in Information Studies (Record Management) from Universiti Teknologi MARA in 2002. Prior to joining Suasa Efektif (M) Sdn Bhd, he was held a various position including as a Head of Students Affairs, Head of Quality Assurance and as an Assistant Lecturer at UniKL MSI, Kulim from 2003-2010.

He was appointed as a Manager at Gabungan Wawasan Generasi FELDA from 2010-2012 and Syarikat Bekalan Air Selangor from 2012-2014 and experience in organising company events under the Event Management Department in both organisation. His career path also included the position of Chief Operating Officer in Gabungan Wawasan Generasi FELDA from 2014-2017 which experience managing all company operation including administration and human resources. He was appointed as Executive Director Human Resource and Administration of Suasa Efektif (M) Sdn Bhd on 1st January 2018.